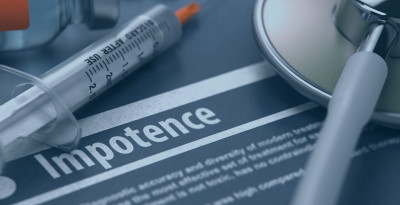 Men who suffer from erectile dysfunction can now look forward to an effective treatment that neither requires the so-called ‘penis pump’ nor has the side effects of traditional medical treatments. Søren P. Sheikh, a professor at the University of Southern Denmark and consultant at Odense University Hospital, now presents the results of his team’s stem cell research.

The research is a collaboration between Odense University Hospital and the University of Southern Denmark in the new Danish Centre for Medical Regeneration, based both at the hospital and at the university. In cooperation with Professor Lars Lund of the Department of Urology and Professor Jens Ahm Sørensen of the Department of Plastic Reconstructive Surgery, Søren Sheikh has researched the feasibility of taking stem cells from one place in the body and letting them repair damage elsewhere in the body. A well-documented trial shows that stem cells from fatty tissue can be used to restore erectile function in men who have had cancer operations. The results have been published in the international journal EBioMedicine, which is part of the same group as the prestigious journals The Lancet and Cell.

‘It sounds almost too good to be true, but human stem cells find out for themselves what they need to be used for when they are placed somewhere else in the body,’ says Søren Sheikh.
‘As we find easier ways to isolate stem cells than by using the spinal cord and umbilical cord, we will be able to use them for much more. Our study showed that 72% of the examined men with erectile dysfunction regained the function after treatment with stem cells from what is known as the stromal vascular fraction, which are cells around the blood vessels in the fatty tissue.’

So far, the effect has remained stable for a year.

‘It’s remarkable, especially because these men had previously experienced no benefits from traditional medical treatments. The University of Southern Denmark and Odense University Hospital are among the world leaders in basic stem cell research, and now our research has paved the way to solving a major problem for many men.’

Because the research is groundbreaking in the field, OUH’s commitment to stem cell research is expected to have an impact far beyond Denmark’s borders.

The five projects or ‘work packages’ in the Danish Centre for Medical Regeneration aim to restore: